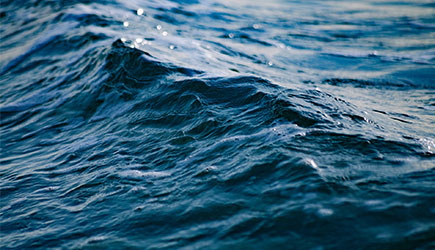 Researchers at the King Abdullah University of Science and Technology (KAUST) in Saudi Arabia have discovered a new way to extract lithium: In the future, it should be possible to harvest high-purity lithium from seawater.

At its heart is an electrochemical cell containing a ceramic membrane made of lithium lanthanum titanium oxide (LLTO): Its crystal structure contains holes just wide enough to let lithium ions pass through into a separate chamber while blocking larger metal ions.

The researchers tested the system using seawater from the Red Sea. At a voltage of 3.25V, the cell generates hydrogen gas at the cathode and chlorine gas at the anode. This drives the transport of lithium through the LLTO membrane, where it accumulates in the side-chamber. This lithium-enriched water then becomes the feedstock for four more cycles of processing, eventually reaching a concentration of more than 9,000 ppm. Adjusting the pH of this solution delivers solid lithium phosphate that contains mere traces of other metal ions — pure enough to meet battery manufacturers’ requirements. According to KAUST research group leader Zhiping Lai, both the cell design and the membrane structure will be improved in the future in order to further optimise the efficiency of the process. They also hope to find partners in order to produce the membrane at large scale and affordable cost. At this point, a cooperation with the glass industry would be desirable, a timetable for large-scale production has, however, not yet been set by the Saudi researchers.

The concept of harvesting lithium from seawater is already known: In late 2019, IBM Research published a report on battery materials extracted from seawater. According to research, the lithium deposits in the ocean are around 5,000 times higher than on land but at extremely low concentrations of about 0.2 parts per million (ppm). So to make large scale extraction viable, enormous amounts of seawater would be required. This would consume a lot of energy as the water would have to be pumped through plants. The Saudi researchers decided to address this problem: In order to balance the costs, they suggest processing the remaining seawater into freshwater. In addition, they state that thanks to their system, the electricity costs would only amount to an equivalent of 5 US dollars to produce one kilo of lithium phosphate. Moreover, since both hydrogen and chlorine can be extracted during the process, this added value could also help offset the costs.